How Can We Help You Today?

To secure the homeland; fight America's wars; and build partnerships by:

The Department of Military Affairs and Veterans Services is led by the Adjutant General, Major General David Mikolaities, who is also the Commissioner of the Department of Military Affairs and Veterans Services.  COL (Ret) Warren Perry is the Deputy Adjutant General.  The Department consists of the following Divisions and offices:  Division of Veterans Services, Division of Community Based Military Programs, NH State Veterans Cemetery and the NH State Business Administration Office.  The Department works in close partnership with the New Hampshire National Guard to serve NH Servicemembers, Veterans, their families and local communities across the state.  The main office is located at the NH National Guard State Reservation in Concord, New Hampshire.

In today’s world, it is sometimes challenging to determine which organizations and charities are reputable and trustworthy of your hard-earned money as a donation.  The NH Attorney General has developed recommendations to consider when deciding where and how to invest your money to benefit NH Veterans.  Use the following resources to help inform your decisions. 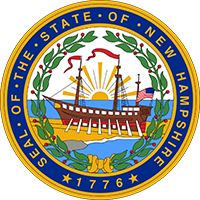 New Hampshire Department of Justice is joining the Federal Trade Commission and charity regulators from every state to combat fraudulent charities that falsely claim to help Veterans and Service Members.
This video contains a public service announcement on how to Stop Veteran Charity Scams. Closed captioning is provided in English.