As outlined in 2019 Senate Bill 208, the NH State Veterans Council provides guidance to the Adjutant General and makes recommendations for improvement on the adequacy and delivery of veterans programs.

As outlined in 2019 Senate Bill 208  the NH State Veterans Council provides guidance to the Adjutant General and makes recommendations for improvement on the adequacy and delivery of veterans programs.

The Veterans Council is a board consisting of 4 members appointed by the Governor and Executive Council.

Senate Bill 208, signed in July 2019, legislates and mandates the establishment of the State Veterans Council.

II.  The members of the council shall meet not less than semi-annually to review activities of the division of veterans services and provide guidance to and make recommendations for improvement on the adequacy and delivery of veterans programs to the adjutant general.  The adjutant general may designate one of the members to serve as liaison to the state veterans advisory committee.

The SVC meets a minimum of two (2) times per year at the Legislative Office Building, Concord, NH. 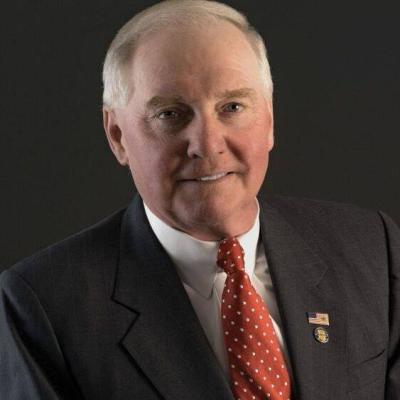 James Adams is a US Navy Vietnam Veteran serving 1968-1972 and lifelong resident of New Hampshire.  Upon discharge from the Navy, he became a letter carrier for the US Postal Service in Manchester, working days and attending college at night.  After receiving his degree in business management, he continued his government service and was the first person in the 236 year history of the postal service to progress from letter carrier to Chief of Staff for three Postmaster Generals.  James concluded his 27 years in the US Postal Service as District Manager for Maine, New Hampshire and Vermont administering a $2 billion budget and overseeing 8,000 employees.  He is a member of Veterans of Foreign Wars, American Legion, Disabled American Veterans, Vietnam Veterans of America, Executive Board member of the Department of Defense 50th Anniversary World War II Commemorative Committee and member of the Chamber of Commerce and Rotary International.  He was past Chairman of the Granite State Taxpayers.  James continues to work hard for our Veterans, those who have given so much to this nation, and never forgets the men and women that gave up all of their tomorrows so we can enjoy the umbrella of freedom we have today. 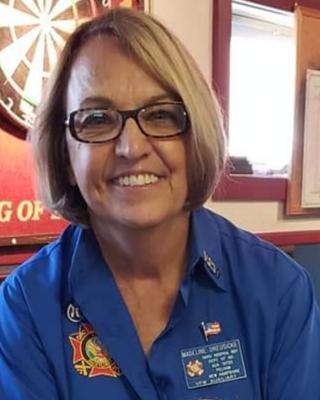 Madeline Dreusicke is the daughter of a WWII Veteran and spouse of a German immigrant that proudly served in the US Army in Korea.  In October 2010, Madeline co-established VFW Auxiliary 107222 in Pelham and in 2012 was appointed President.  She was appointed as Hospital Chairman for Department of VFW Auxiliary in June 2012, and Veterans Affairs Voluntary Services (VAVS) Representative for the Manchester VA Medical Center in 2014.  She retired from the private sector working for the Chief of Medicine at Waltham Hospital, Natick & Framingham Hospitals in Massachusetts in 2014, and continues to serve in the above organizations and as Board Member of NH Freedom Cup and Operation Care for Troops.  She has received numerous awards for her community service in improving the lives of Veterans including:  Enterprise Bank "Circle of Excellence" Honoree 2014 and 2016; VA Director's I CARE Award 2015; VFW Auxiliary National Advisor Committee Volunteer of the Year Award 2016; US Department of Urban Development and US Interagency Council on Homelessness Certificate of Appreciation Plaque; NH Association of Hospital Auxiliaries Volunteer of the Year Award; Greater Salem Chamber of Commerce Hidden Jewel "Sapphire Award"; and NH Supports Children of the Fallen Patriots Foundation Ambassador Joseph & Augusta Petrone Award.  Extremely honored to serve on the State Veterans Council, she is a proud mother of three daughters, five grandchildren and one great grandchild. Madeline resides in Pelham with her husband. 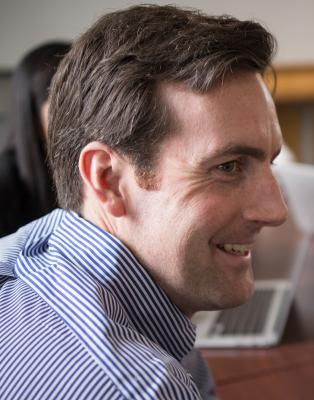 Brendan Finn has served on the State Veterans Council since 2017.  He served in the Marine Corps on active duty for seven years, during which he deployed to Afghanistan as a Recon platoon commander in 2009 and in support of a special operations task force in 2014.  He currently serves as a Major in the Marine Corps Reserves.  Brendan is passionate about narrowing the military-civilian divide to create opportunities for Veterans to serve their communities. He lives with his family in Newfields.